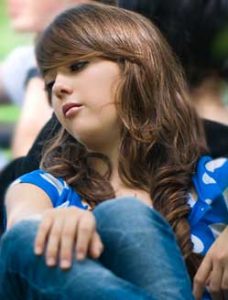 During the teenage years, the area of the brain called the prefrontal cortex is developing. This is the part of your brain that is behind your forehead. It’s your thinking cap and judgment center… which means kids can now develop their own ideas.

But how do parents distinguish between normal and abnormal rebellion in an adolescent?

What Is Teenage Rebellion?

Teenage rebellion is an act of highest assertion of independence and little adherence to parental advice during the teen years of a child’s life. It is called a “rebellion” because it leads to an intense confrontation between the teen and their parents. Teenage rebellion may seem spontaneous and illogical for parents, but there are several underlying reasons behind the behavior.

The young person proudly asserts individuality from what parents like or independence from what parents want, and in each case succeed in provoking their disapproval. Therefore rebellion, which is simply behavior that deliberately opposes the ruling norms or powers that be, has been given a good name by adolescents and a bad one by adults.

Parents usually dislike adolescent rebellion not only because it creates more resistance to their job of providing structure, guidance, and supervision, but because rebellion can lead to serious kinds of harm.

So adolescent rebellion is not simply a matter of parental aggravation; it is also a matter of concern.

Although the young person thinks rebellion is an act of independence, it never is. It is really an act of dependency. Rebellion causes the young person to depend their self-definition and personal conduct on doing the opposite of what other people want.

That’s why the antidote for rebellion is the true independence offered by creating and accepting a challenge — the young person deciding to do something hard with themselves for themselves to grow themselves. The teenager who finds a lot of challenges to engage with, and who has parents that support those challenges, doesn’t need a lot of rebellion to transform or redefine him or herself in adolescence. 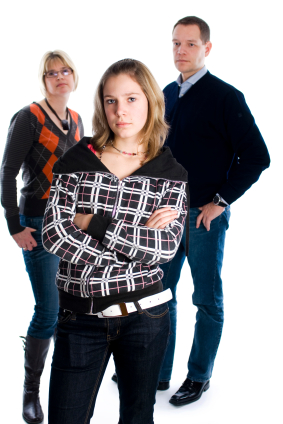 How To Know If Your Teen’s Rebellion Has Gone Out of Hand?

Here are some signs that the rebellion has overshot its limits:
Prolonged display of annoyance and aggression towards parents or other family members
Change in attitude
Less interaction with family members
Always giving short and rude answers
Open defiance even when outdoors or deliberately doing things asked not to be done
Having no qualms about indulging in risky behavior activities like tobacco usage and alcohol consumption

During normal adolescence, you might observe any of the following about your child’s behavior:

As unpleasant as it is at times, this is all part of the way teens and pre-teens individuate from their parents—it’s part of the transition from childhood to adulthood.

But some behaviors are not normal. Rather, they’re warning signs. The following behaviors fit into this category:

Make no mistake—there’s something wrong with these behaviors. Parents who tell themselves “It’s just phase” or “it’s what teenagers do” are setting themselves up for a rude awakening later.

If any of this is going on in your house, remember that the earlier you intervene with your child, the better. The sooner you tell your child that what he’s doing is not acceptable and give him the tools he needs to behave differently, the better. 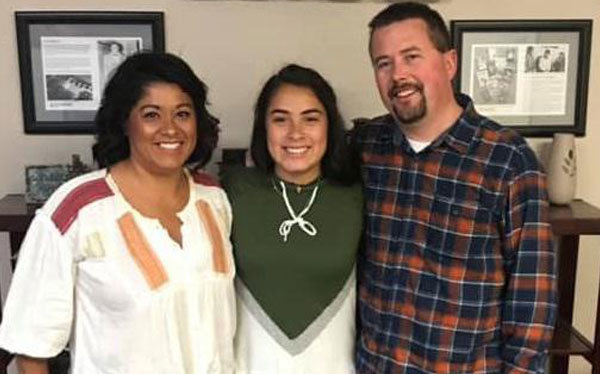 The mission of New Lifehouse Academy is to see the lives of rebellious teen girls transformed and families restored. ‘Putting Hope Within Reach’ is our mission.

At New Lifehouse Academy, a Teen Challenge of Oklahoma therapeutic boarding school for rebellious and troublesome teen girls. If you are reading this, then chances are you are like so many other parents that have allowed us to care for and mentor their daughters. You might have feelings of inadequacy and hopelessness. We want you to know that hope abounds, and we desire to help you and your daughter find what you both need.

So many times, when we talk to parents, they tell us how they feel their daughter is going down the wrong path and making such poor choices. We can affirm to you that you are not alone and that hope for success does exist. Here at New Lifehouse Academy, we have seen what the power of God can do in even the most desperate of situations.

Young girls today have so many distractions that draw them away from God’s plan for their life. Whether your daughter is going to be an administrator, a doctor, or maybe even a minister, God has a plan for her to be the best woman possible. We want to be a part of helping her get there.

The staff of New Lifehouse Academy is dedicated to pouring themselves into your daughter’s life. Mentoring and a faith-based approach are key ingredients to reaching young women and helping them change their path. Our staff comes from across the country to work here because every one of them has a desire to help students.

New Lifehouse is a 12-15-month residential program where we strive to help your daughter become all that God desires. This process includes mentoring and biblical counseling, group studies and personal studies, vocational learning, and education in our boarding school, The Cross Christian Academy, a fully accredited and state board of education recognized private school. 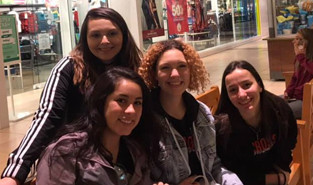 Designed for Girls Who Are Struggling

New Lifehouse is a private religious boarding school for girls, designed for troubled teenagers that are

“Using drugs, alcohol, sex and stealing; I was going down a road that had no turning back. At New Life house, I learned what God saw in me rather than what everyone else thought of me. At Teen Challenge, I felt loved…I’d never really felt that before.”